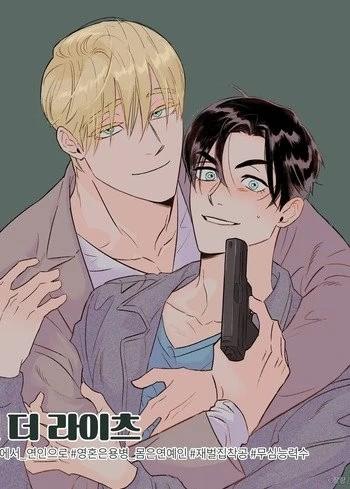 All he thought that, first he would obviously struggle to say something and spend some time bumbling and then when the sound of movements disappeared outside, he would apologize to Noah and hint at going around with his bodyguards and finally leave.

Mason bit his lips and inhaled deeply, when Noah moved to take off his jacket and firmly tie his wrists with his torn shirt. “Wait, I didn’t mean it like this. Mr. Raycarlton, please stop.” —He wanted to blurt out something, but he couldn’t.

Noah’s cold hand touched his belly button and went up to his chest. He touched his nipple and soon grabbed it, and there was a sound of laughter.

Noah murmured, at a loss for words, when he sensed that Mason’s nipples were already erect, even though he didn’t do anything. Mason felt his ears blush and bit his lips.

His ripped neck was in pain and he was sweating cold. But the situation of him being underneath Noah and at the receiving end of his caresses made him in panic like crazy. But what made him panic even more was his own reaction to those caresses.

Mason held his breath. Noah touched his lower body as if he was checking down there was erected too.

The Founder of Diabolism

In all likelihood, nobody had ever done such a shamelessly brave act to Lan WangJi before. Once wasn’t even enough—Wei WuXian had to do it twice. His face changed immediately. The arm he embraced  Wei WuXian with tightened, fingers leaving behind clear marks. 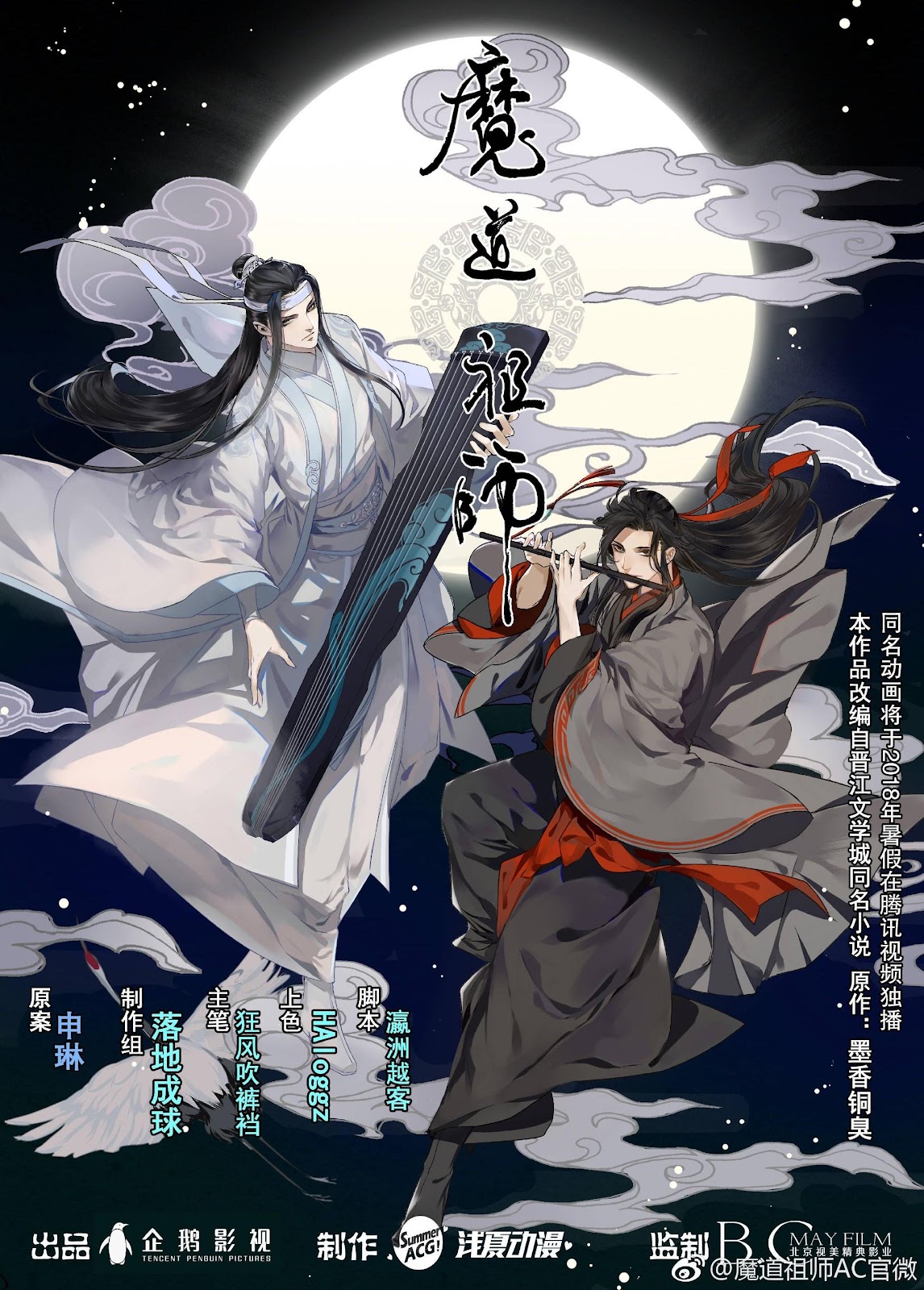 Wei WuXian grinned as he caught his breath, “How’s that? You angry yet? You don’t know this, Lan Zhan, but I love it when you’re angry. ”

His tone was full of a fearless excitement. After he spoke, he pecked the corner of Lan WangJi’s lips and removed his drenched top.

Lan WangJi’s skin was so hot that he seemed like he’d burst into flames. One hand locked around WeiWuxian’s waist, he slammed the edge of the wooden tub with his other hand. It split into pieces at once. The room immediately turned into a mess, the sight unbearable to the eye.

The two couldn’t be less concerned with these unimportant things. Lan WangJi almost picked Wei WuXian up and threw him onto the bed. Just as Wei WuXian propped himself up a bit, he was immediately pressed down again. Lan WangJi’s gestures were more than fierce. He was nothing like the normal HanGuang-Jun, who was all righteous and sensible.

Wei WuXian’s back hurt from the collision. He yelped a few times, and Lan WangJi paused shortly. Wei WuXian immediately flipped around and pushed him onto the bed, holding him down as hard as he could. He said beside his ear, “I couldn’t tell you’d be so fierce in bed. ”

You XiaoMo smiled stiffly. He wanted to get off from Ling Xiao, but Ling Xiao’s arm was like a steel band around his waist, trapping him there. The other hand danced across his body, igniting his nerves. He realized, distressed, that his desire down there was already starting to rise. 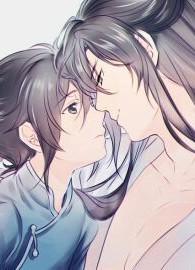 You XiaoMo had no idea his body was so sensitive. He had only been teased a little by Ling Xiao and he was already responding.

He shifted in discomfort, but noticed that the hard object pressed against his backside seemed to be completely up. The heat seeped through the fabric, making him shudder at the burn.

You XiaoMo swore that if he dared say he didn’t, Ling Xiao would do ‘it’ until he remembered. So, he said, “I remember, but you agreed to let me, let me. ”

His words ended in a stutter, refusing to come out.

Ling Xiao said, “If you keep hesitating, you’ll miss your chance.” And then made to flip them over and pin him down.

Quickly Wear the Face of the Devil

His exquisite facial features and ethereal make-up was amazing. 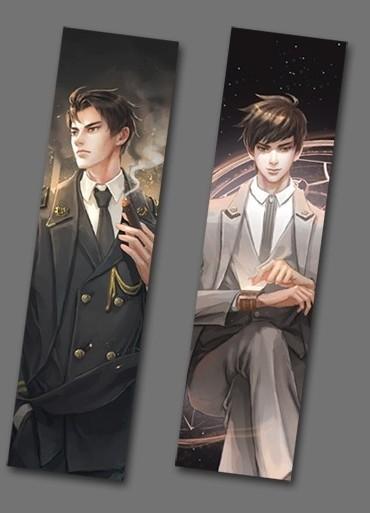 Not to mention the stylist, the cameraman, sound engineer, Ivana and others, even Jeffrey and Bonnie, who have seen countless beautiful people, melted. Romeo looked soft to the extreme, he had breasts, a curvy waist, and an angelic face. No matter from which angle you looked at him, there was no sense of unnaturalness!

Gustav was purely homosexual, he was not interested in women, he couldn’t get hard for them even if he tried. He had thought it would be somewhat uncomfortable to see Romeo in a woman’s dress, but he was wrong. No matter what sex Romeo was, or what he looked like, he still loved him, he couldn’t stop himself from loving him. He had never loved a man so deeply, as if the whole world was in faded gray, and he was the brightest splash of color.

He held up the camera and took several photos in succession, then he noticed the props pile. He picked up a doll and pushed it into the boy’s arms. Then he said seriously, “I’ll test a few shots, pose a little for me. Remember, you’re now a graceful lady, your actions can’t be too rough.”

Zhou Yun Sheng had mixed into the entertainment and fashion circle for many years, he knew that in order to win the public’s favor and love, entertainers had to lower their tolerance limits. Even if the most popular idol star had a naturally cold personality, when the audience stopped being interested in it, he had to immediately transform into a cheerful star. Fame had a price.

The Reader and Protagonist Definitely Have to Be in True Love

Although the thought wasn’t appropriate, Du Ze thought that this kind of Moe Lord is somewhat  pitiful and also adorable? A silly, cute person suddenly had the impulse to reach out to pat the other person on the head. 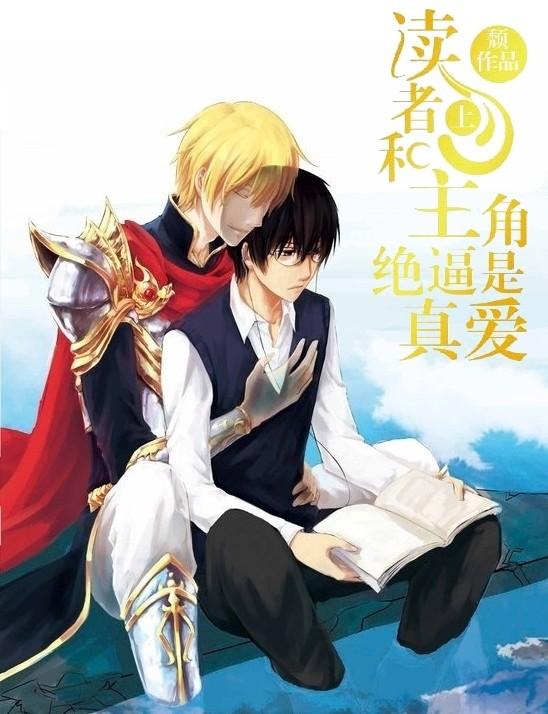 His fingertips touched something velvety soft. By the time Du Ze came to his senses and realized what he was doing, his hand was already on Xiu’s head, touching his round lion ears.

Xiu’s ears twitched when they were touched. They felt itchy and trembled, either to avoid Du Ze’s fingers or to rub themselves against his hand. Finally, he broke down and softly rubbed his head against Du Ze’s hand.

Growls poured out from Xiu’s throat. They sounded like suppressed roars which drew Du Ze’s attention to what he was doing to the beast’s ear. Just as Du Ze realized how much trouble he was in, he was suddenly pressed down to the floor by Xiu. The beastkin rubbed his body against Du Ze and something hard and hot slid back and forth along his thigh.

Xiu held Du Ze and rubbed against the spot that had reacted. The beastkin’s golden eyes were shiny and he was like a big puppy running around his master excitedly, acting like a spoiled child.  “Come on, ”

How can this young man possibly refuse!